You Only Live Once (YOLO) star, John Peasah, popularly known as Bra Charles or Drogba has been involved in a deadly car accident.

The actor broke the news himself on his Instagram page. He shared some photos of the damaged car and asked Ghanaians to remember him in prayer.

John Peasah’s rise to fame was after he played the role of Drogba, a “playboy” in the much watched TV series.

He wrote; “I just wanna thank God for my life….Oluwa is involved ???sharing this photo because this is a testimony ??…have me in mind when praying …I can’t die before my time”

See his post and photos of his damaged car below;

Get daily job alert on WhatsApp by joining our group

For more educative and entertaining videos, 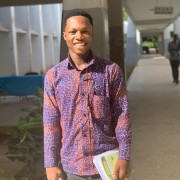 I had erection problem after coronavirus recovery – Celestine Donkor’s husband